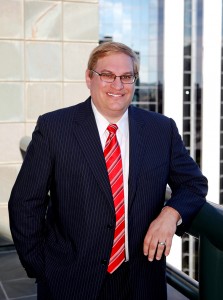 Mr. August began his legal career with the firm of Lane & Edson, P.C., where he participated in the representation of former U.S. Treasury Secretary William Simon’s investment banking firm, WESRAY Corporation, in a variety of public and private financial transactions, management buy-outs and related corporate activities.  Mr. August has also worked with the firm Dow, Lohnes & Albertson (where he represented a number of telecommunications companies, investment banking firms and commercial banks in a variety of corporate, commercial and financial transactions), and Graham & James (specializing in mergers & acquisitions, securities and joint venture transactions for the firm’s primarily international clientele).  He left large law firm practice at the end of 1992 to focus on the representation of entrepreneurial emerging and mid-sized corporate clients.

During his career, Mr. August has participated as legal counsel in transactions having an aggregate value of more than $2.5 Billion dollars. He has served as an Adjunct Professor both at Whittier Law School, teaching in the area of corporations and securities law, and for the University of California at Irvine Graduate School of Management on general legal issues impacting business professionals.  He has lectured extensively in the areas of international business and financial transactional law, including for the Harvard Business School Association of Orange County in 2006, and was a contributing author on international mergers and acquisitions in the book The Art of M&A, published by Dow Jones-Irwin in 1987.  Mr. August was a Founding Member of the College of Fellows of the Centre for International Legal Studies, headquartered in Kitzbühl, Austria, and has served as a Director for the Singapore American Business Association (Southern California), the International Foundation for the Advancement and Support of Technology, as a Director and Past President of the Orange County International Business and Protocol Foundation, and as Chairman of the California International Business Advisory Board, Rancho Santiago Community College District. He has lectured extensively at home and abroad in the area of international business transactions, including for the United States Department of Commerce, the University of Southern California, the American Electronics Association, Zhongshan (Sun-Yat Sen University) in Guangzhou, China, and the non-profit California Manufacturing Technology Consulting (CMTC).  He is fluent in English, French and Spanish, and has a working knowledge of German, Italian, Portuguese and Russian.